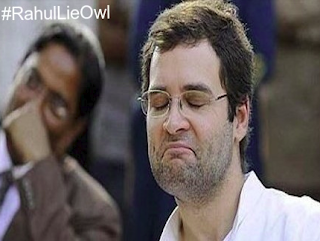 In the global wordopedia, RahuLieOwl is a new word created with the convergence of three distinct words. This has been articulated and used in several phrases. The word RahuLieOwl has recently attracted the world people of developing countries like India, Pakistan, and Nepal. The first time, this word was coined by an Indian Professor DP Sharma in his political narratives. When adding two adjectives with the noun Rahul, Lier and Owl. As the being has both the qualities which he has given proof much time in media, across his several speeches and decisions. It's a shame for the Indian democracy to be governed by a prime minister like Rahul
Post a comment
Read more